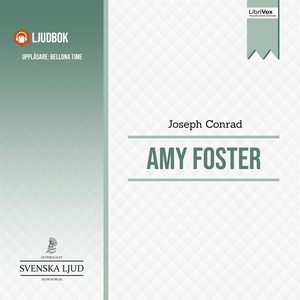 Classic shortish story by Conrad that relates his self-thought alienation from British society, as a young foreign man survives a shipwreck off the coast of Kent, England only to be shunned by most of the townsfolk. The one exception is the loving, if dull-witted, Miss Foster. Joseph Conrad (born Józef Teodor Konrad Korzeniowski) was a Polish author who wrote in English after settling in England. He was granted British nationality in 1886, but always considered himself a Pole. Conrad is regarded as one of the greatest novelists in English, although he did not speak the language fluently until he was in his twenties (and always with a marked accent). He wrote stories and novels, often with a nautical setting, that depict trials of the human spirit in the midst of an indifferent universe. He was a master prose stylist, who brought a distinctly non-English tragic sensibility into English literature.